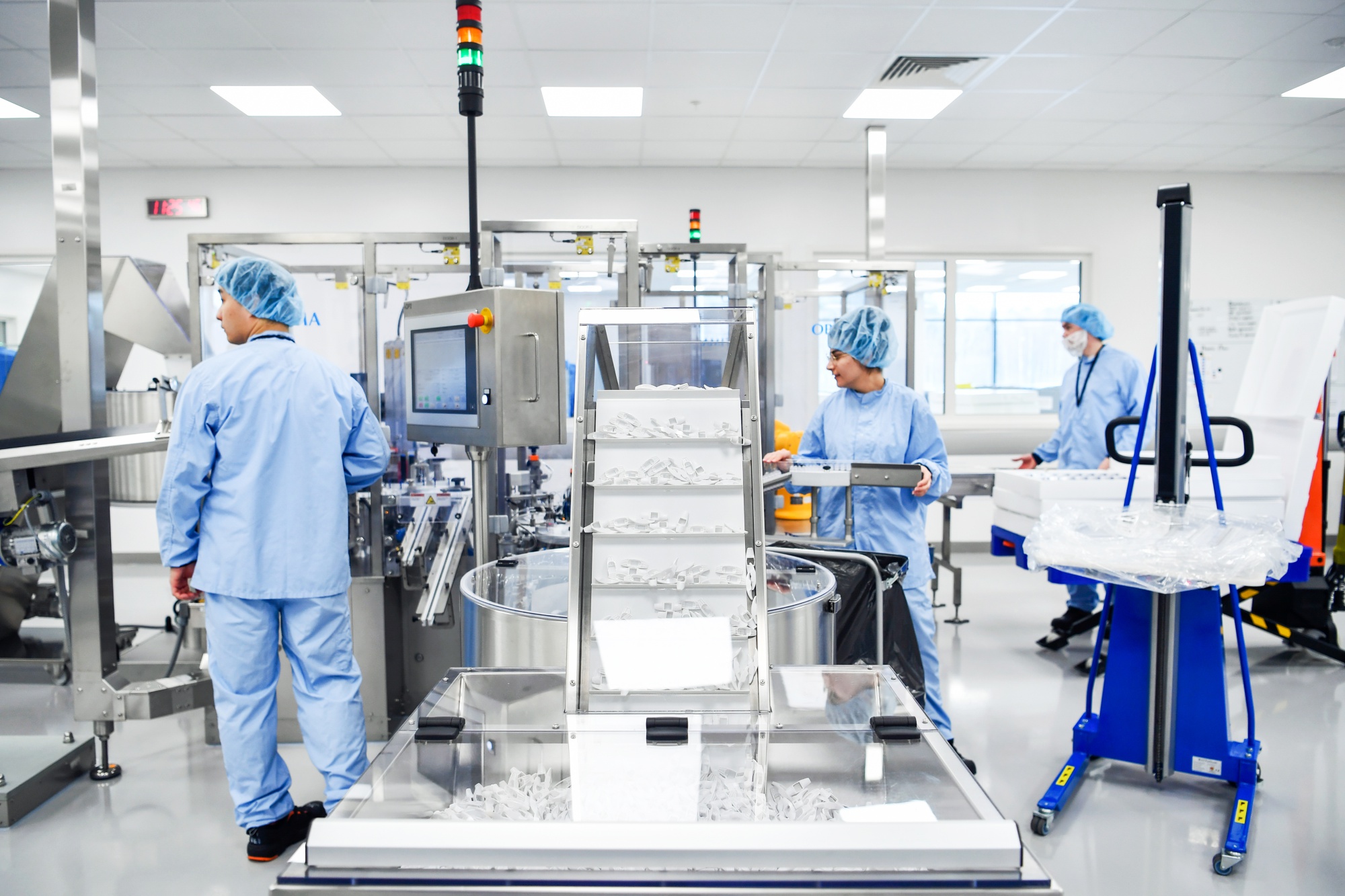 The best way to tamp down on transmission would be to have nearly everyone on both sides of the border vaccinated, says Dr. Andrés Smith, medical director of emergency services at Sharp Chula Vista Medical Center.

Public health experts in San Diego and Mexico caution that the best way to control COVID-19 long-term is with a safe, effective vaccine available on both sides of the U.S.-Mexico border.

The U.S. government has inked deals with leading vaccine developers in a bid to deliver 300 million doses of a COVID-19 vaccine by January 2021. But it’s going to take a global approach to quell the worst pandemic the world has faced in a century, says Steffanie Strathdee, UC San Diego’s associate dean of global health sciences.

“We’re going to need to make sure that we don’t leave segments of our population behind. We have a shared population in the border region,” said Strathdee, who has studied public health at the U.S.-Mexico border for more than 15 years.

“We can’t just think that we need a shot for every American and that will take care of it.”

Tens of thousands of people cross the U.S.-Mexico border at San Ysidro every day for work, tourism and to visit family.

That’s slowed a bit since both countries banned nonessential travel in March. But there’s still plenty of traffic at the border, and travelers in both directions could carry the coronavirus, even if they feel fine.

San Diego County recently opened a free, voluntary COVID-19 testing site outside San Ysidro’s PedEast crossing. But by the time someone gets a positive test result back, they could have already infected family, friends or coworkers.

The best way to tamp down on transmission would be to have nearly everyone on both sides of the border vaccinated, says Dr. Andrés Smith, medical director of emergency services at Sharp Chula Vista Medical Center.

“Whatever happens on one side is going to affect the other,” said Smith, president of the board of directors for Cruz Roja de Tijuana. “Both countries, by doing the vaccination, are going to faster control the spread.”

During the 2009 swine flu pandemic, San Diego County set up vaccination clinics along the border for those entering the U.S., according to county public health officer Dr. Wilma Wooten.

“More than likely, once vaccines are available for COVID-19, we will have stations there to do the same thing,” said Wooten during an Aug. 14 press briefing.

But a study led by researchers at the Centers for Disease Control and Prevention showed that, of a sample of nearly 560 people who crossed the border in early 2010, only about one in four had been vaccinated.

About half of study participants entered the U.S. through the San Ysidro port of entry. The most common reasons people cited for not getting a vaccine were time constraints and their belief that they were unlikely to get infected.

The virus that causes COVID-19, however, is not the flu. The coronavirus is deadlier and more contagious than influenza, and researchers are just beginning to understand COVID-19’s lingering effects in patients whose bodies have cleared the virus.

That’s made some people open to receiving a COVID-19 vaccine if one were available.

Erica Gomez, who lives in Tijuana and used to work in San Ysidro, is one of them. She crossed the border by foot to pick up an unemployment check and got tested for the coronavirus at PedEast.

Gomez said she is willing to make the trek again once a vaccine is available.

“I would definitely get one,” she said. “But first, I want to see if there are any side effects.”

According to a recent poll, roughly one in three Americans would not take a free COVID-19 vaccine approved by the Food and Drug Administration. Vaccine skepticism doesn’t pose nearly as much of a problem in Mexico, said Dr. Carlos Magis, professor of public health at the National Autonomous University of Mexico.

“Mexico has a very good vaccination program,” Magis said. “We are not charging. We are doing vaccination in the street. We are going to the houses of people.”

There’s precedent for such concerns. Mexico was one of the first countries hit by swine flu but didn’t get access to a vaccine until after the United States and Europe.

The country is trying to ensure that doesn’t happen again.

Mexico and Argentina recently announced a deal with AstraZeneca to produce and distribute 150 to 250 million doses of the British Pharma giant’s COVID-19 vaccine throughout Latin America if it proves effective in clinical trials. Manufacturing could start as soon as early 2021, said Sylvia Varela, head of AstraZeneca Mexico. During an Aug. 13 press briefing, President Andrés Manuel López Obrador assured that the vaccine would be provided at no cost to all Mexicans.

But Mexico is still moving forward with backup plans — just in case.

Researchers at the Autonomous University of Baja California in Ensenada are participating in one of Mexico’s four ongoing COVID-19 vaccine projects.

The team recently designed their candidate vaccine and are conducting preliminary studies in mice in collaboration with the University of California San Diego.

“We had some concern that in Mexico, as has happened before, there would not be a supply of vaccines,” said José Manuel Aguilar Yáñez, leader of the Jonas Salk Initiative, a social non-profit currently developing one of the vaccines.

Both Mexican officials and a spokesman with the Jonas Salk Initiative confirmed recently that the vaccine projects continue despite the announced deal with AstraZeneca.