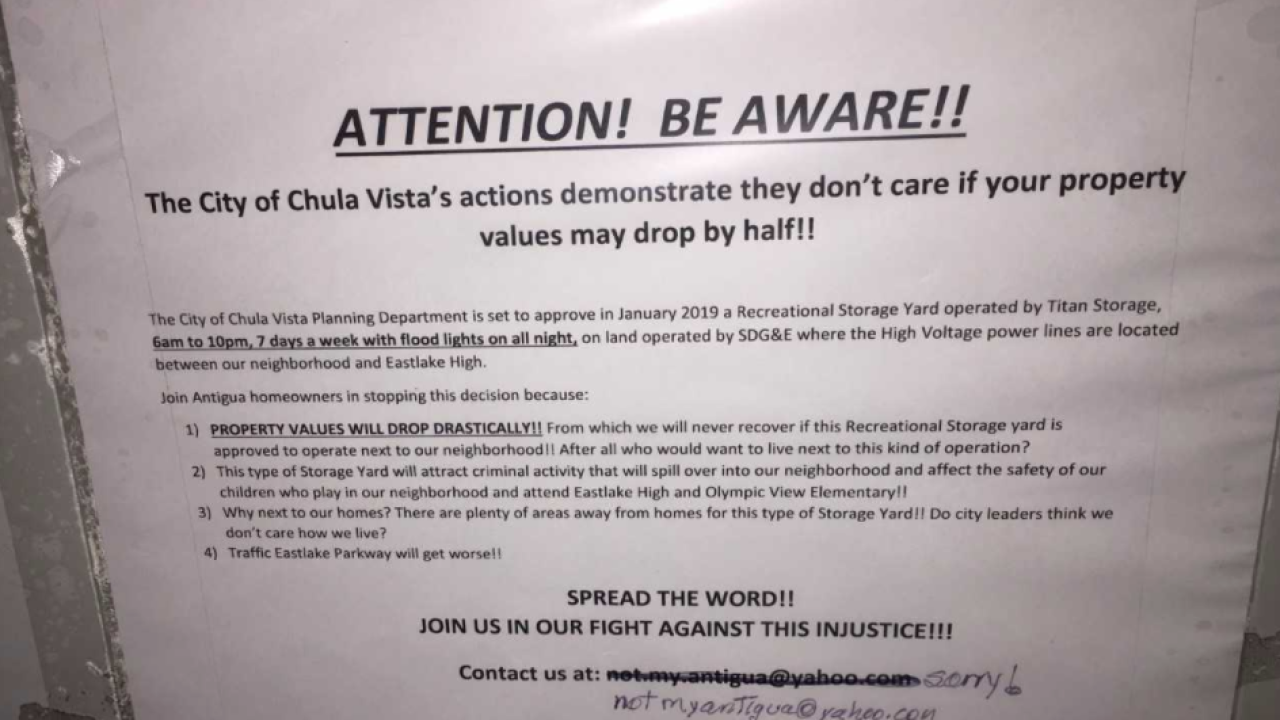 Homeowners in Eastlake are frustrated with a plan to develop a storage facility near their homes.

The proposed location is in an empty space between Eastlake High School and Antigua, a gated community of townhomes. The facility would be a recreational storage facility, for boats, cars and containers. The City of Chula Vista‘s planning department would have to approve the proposal. Homeowners are hoping they don’t. 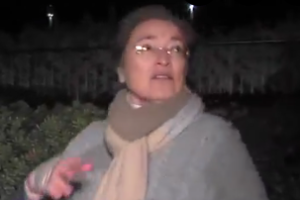 Neighbors like Carmen Bermen say the plans are going to lower their property values and attract the wrong crowd. On Saturday, they started posting warning flyers around their community to warn other neighbors.

Bermen was the first homeowner to notice the plans. She says the city had sent out two notices in 2016. The last notice arrived on Thanksgiving week. A notice letting homeowners know they had until November 26th to send in any written comments or petitions. The vote would take place on November 27th.

After emailing the city, residents say officials told them they’d have a public hearing in January on the issue, instead of voting on it in closed session.

The City says it’s up to the planning department to put the item on the agenda for the community to go and express their concerns during public comment.

So far, a date for that hearing hasn’t been announced.