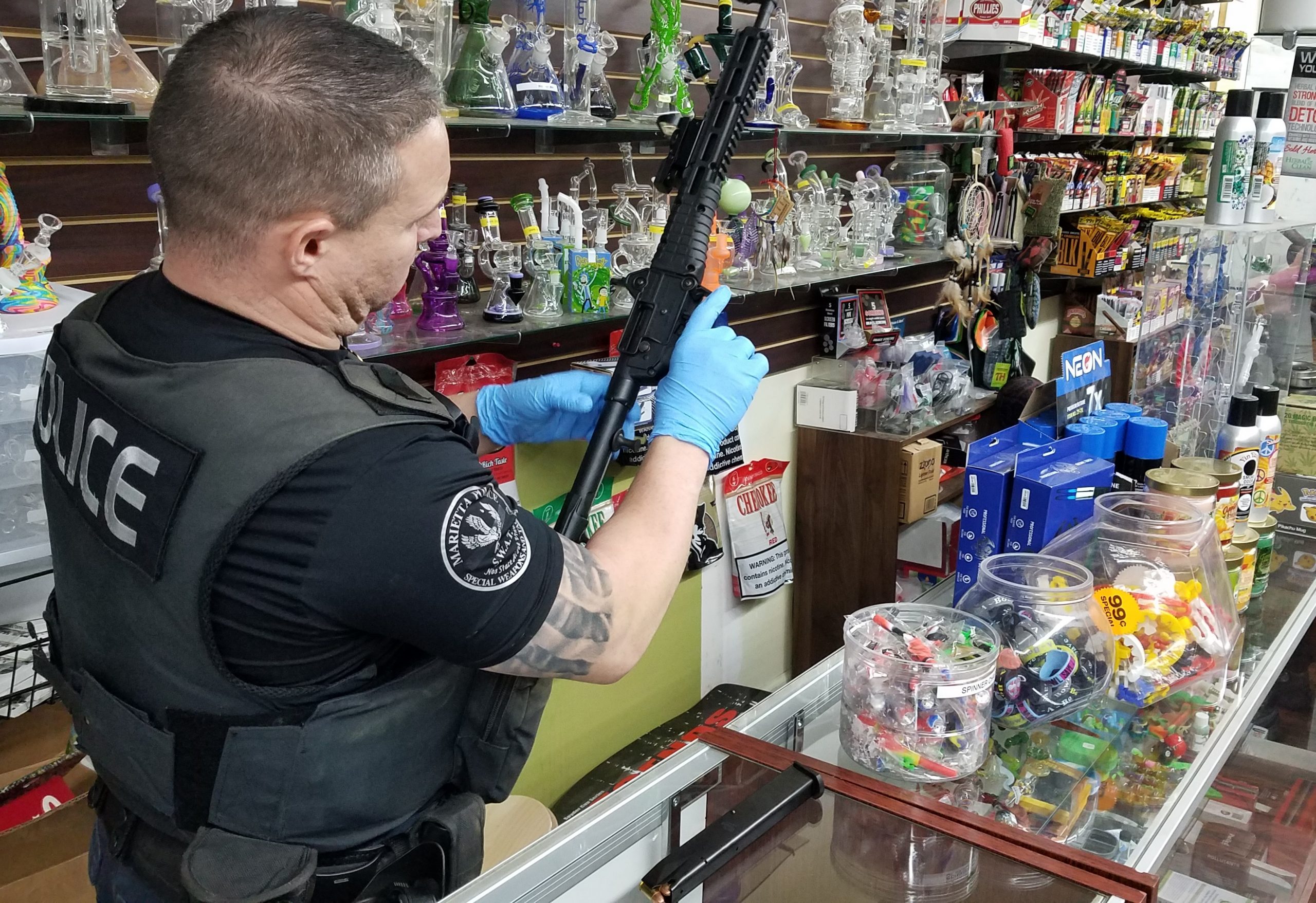 Raids at a dozen illegal marijuana dispensaries in Chula Vista in the recent weeks led police to confiscate at least $10 million in products, about $100,000 in cash and five guns, police said Monday.

Police arrested 15 employees and a customer on a total of six felonies and 10 misdemeanors during the enforcement between April 21 and Thursday, police Lt. Dan Peak said.

The enforcement came partly in response to complaints from residents. Several of the dispensaries that were targeted were located in the vicinity of elementary schools, Peak said.

Chula Vista legalized dispensaries in 2018, but the county’s second-largest city has not yet issued any permits to cannabis businesses.

The South Bay city has struggled over the years to successfully close down dispensaries, which sometimes reopen or relocate. By one count, the city has closed more than 50 dispensaries since 2014.

Police officials say that in addition to operating illegally, dispensaries pose safety hazards because building modifications seen at some dispensaries — such as metal plates fixed across windows — could trap people in the event of a fire or another emergency.

Recent enforcement has increasingly focused on prosecutions instead of civil enforcement, resulting in criminal charges against dispensaries. In April, city prosecutors had filed six criminal complaints.

“The Chula Vista Police Department with the assistance of the City Attorney’s Office and the San Diego County District Attorney’s Office will continue to focus criminal enforcement efforts on other documented locations that have been identified as selling marijuana illegally in the city,” Peak said Monday in a statement.

He said there are about 20 dispensaries across the city at any given time.

The latest raid occurred Friday, when police served a search warrant at a dispensary at 703 Third Avenue, near J Street. They seized more than $1 million worth of products, $5,000 in cash and three guns, including two firearms known as less-lethal launchers. They also arrested three employees accused of obstructing officers. One of the employees also was arrested on suspicion of possessing a firearm that is registered to someone else.