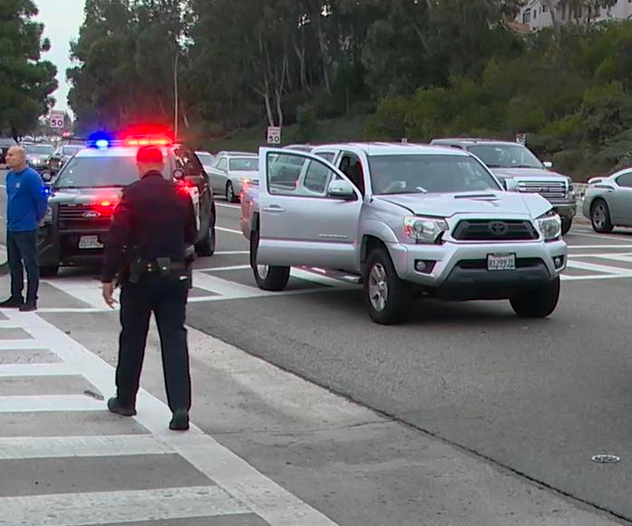 Two teenage girls were injured when they were hit by a silver Toyota Tacoma pickup truck Monday afternoon in Chula Vista, Police reported.

The driver of the Toyota Tecoma said he had a green light at East H Street and Terra Nova Drive when the two girls ran into the roadway in front him just after 3:40 p.m., Chula Vista police Lt. Buddy Magor said.

The Toyota Tacoma’s driver stopped and stayed at the scene, where both victims were conscious and responsive when officers arrived, Magor said. Paramedics took the girls to a hospital for treatment.