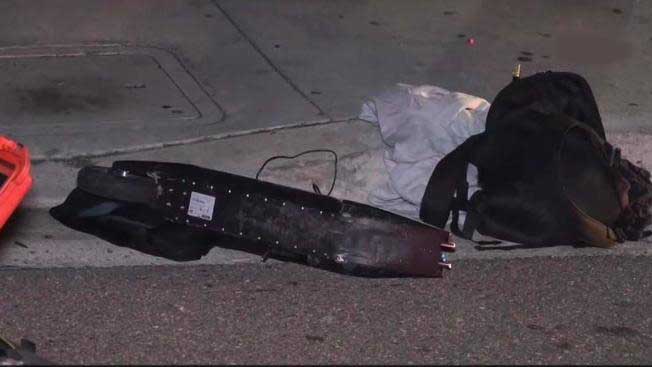 A man riding a Bird electric scooter early Saturday on 3rd Avenue was struck by an automobile and killed. This raises the question of safety, once again, as incidents of injury to citizens increase. Is the Bird scooter device a threat to public safety?  Are the injuries growing pains of a newly introduced transportation system?

Officers arrived at a gruesome scene: the victim had been riding an electric Bird scooter and was bloodied and unconscious, lying on the street near a Jack-in-the-Box restaurant. 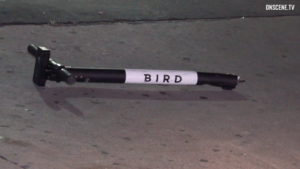 The Bird scooter was in pieces – a wheel and handlebars strewn across the street. The black car involved in the crash had pulled over on the side of the road, its hood crumpled and front windshield shattered

Picone said the driver stayed at the scene and was understandably shaken.

CVPD officers gave the victim CPR at the scene and were able to temporarily get his pulse back. The man was rushed to a hospital but he did not survive his injuries. His name has not yet been released.

Picone said accidents like this serve as a reminder to take extra caution if you’re riding an electric scooter – especially when it’s dark outside.

“When you’re out here, at night, riding on electric scooters or bikes, helmets, lights, following the rules of the road, prevent a lot of these kinds of accidents,” he said.

He stressed this warning to the public: “Please, if you’re out on scooters or bikes, please be careful – especially at night. Have lights, helmets; follow the rules of the road, please.”

This was the second electric scooter crash reported by police in San Diego County on the same night.

Just before 11 p.m., two people riding tandem on a Bird scooter lost control and crashed along University Avenue in Hillcrest.

A 42-year-old woman suffered a serious head injury in that crash. The second rider was not hurt. The San Diego Police Department (SDPD) said the woman was not wearing a helmet and that both of those riders had been drinking prior to the crash.

Reporters in San Diego interviewed a woman who is suing Bird after what she says was a fall due to malfunctioning brakes on a scooter that she rented in downtown San Diego.

Ngoneh Secka said she was riding the electric scooter when, suddenly, she realized the brakes did not work. She took a tumble and suffered a cut to her face, road rash, and injuries to her knee and toe.

Personal injury lawyers in San Diego say they are seeing many of these types of cases related to electric scooters as the scooters gain popularity in the region. NBC 7 reached out to Bird Friday for comment on Secka’s lawsuit but we have not yet heard back from the company. 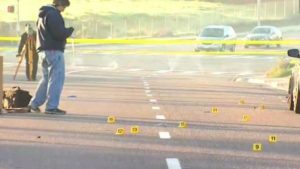