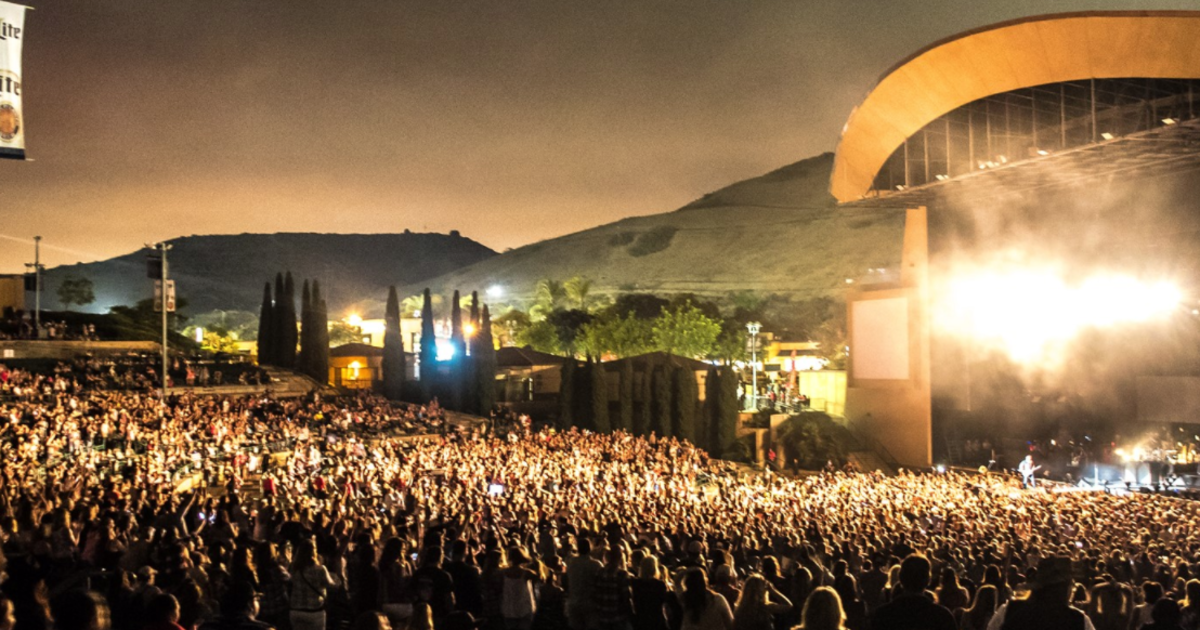 National tours have been quietly canceled or postponed over the past 48 hours because of the coronavirus.

The list of now-canceled shows at the nearly 20,000-capacity Chula Vista venue, the largest outdoor concert site in San Diego County, include those by Lady Antebellum, Santana, Incubus, Sammy Hagar, Foreigner and The Black Keys.

A total of 14 concerts of the 2020 season concerts have been canceled at the 22-year-old amphitheater, while nine have been postponed, representing an enormous blow to San Diego’s spring, summer and fall concert lineup.

As of Wednesday afternoon, only the concerts at the amphitheater by Kiss, Luke Bryan and the Doobie Brothers remain on the schedule. It is likely only a matter of time before they, too, are pushed back to next year, along with the tours by those three artists.

No formal announcement has been made as yet by Live Nation, which owns and operates the sprawling amphitheater. But in response to a Wednesday afternoon email query from the Union-Tribune, a San Diego representative for the company confirmed that the majority of amphitheater’s season has fallen through over “the past 48 hours.”

Just how quickly those concerts have evaporated is underscored on the venue’s website, which still is selling tickets for The Black Crowes’ Sept. 18 concert, even though the band’s entire 2020 reunion tour was postponed on Wednesday morning. Ozzy Osbourne’s July 29 farewell tour concert was postponed in February, after it was announced that the veteran heavy-metal singer is suffering from Parkinson’s disease.

May 24: Journey, The Pretender, canceled
So you can stop believing…

July 16: Luke Bryan, no update as of yet

Sept. 17: Doobie Brothers, no update as of yet

Sept. 20: Sammy Hagar, canceled
Looks like you can drive 55…