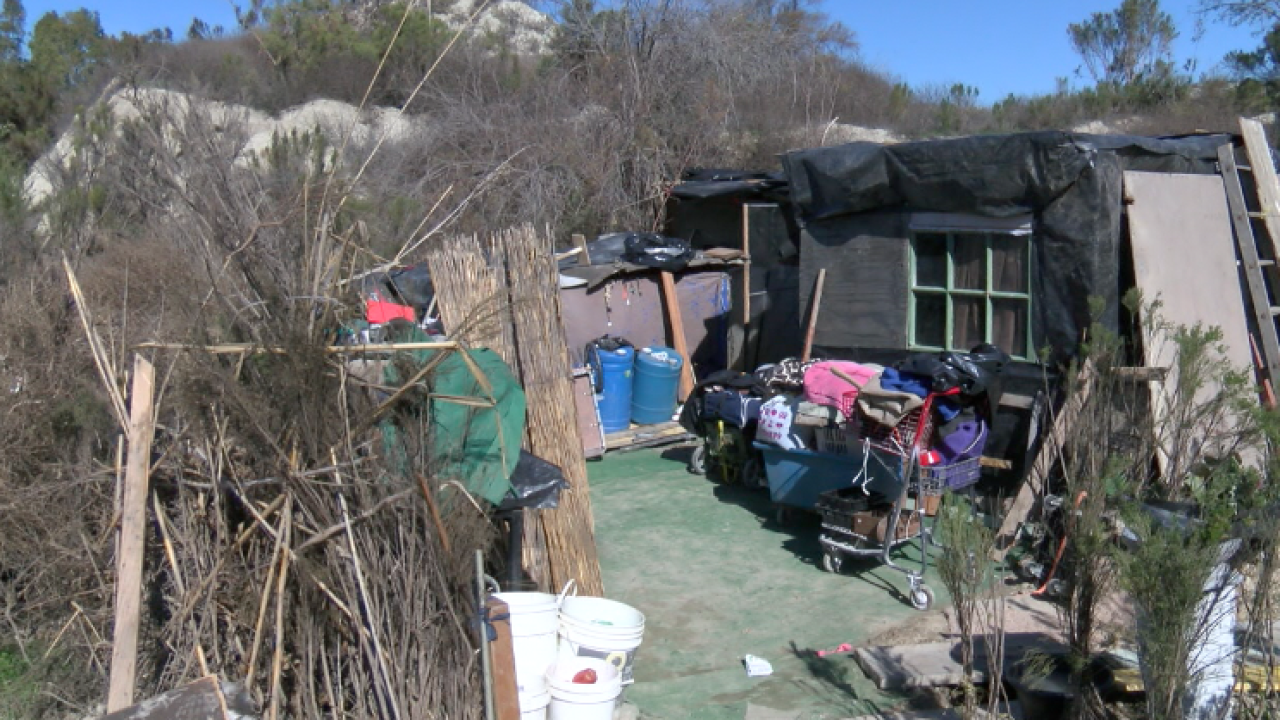 While volunteers fanned the streets of Downtown San Diego to count every homeless person, local law enforcement went into areas not easily seen.

Early this morning, Chula Vista Police and volunteers made it through trees and shrubs to complete their annual homeless count. While conducting the count, they came across an elaborate homeless shelter. The structure was built with a window, door and it even had a garden- like area.

“It’s not something you can patrol on a routine basis,” says Lt. Henry Martin with the Chula Vista Police Department. “They have plenty of time to come out here and build up their structures.”

Last year’s count revealed there are more than 8,500 homeless San Diegans though that number does not include those living in out of sight encampments.

This year, Chula Vista Police used drones to get a more accurate number. “It’s important for us to get an accurate count of the number of homeless people we have in our community,” says Martin. “That’s tied to funding and resources allocated to the areas with the most need.”

Volunteers from Catholic Charities fanned the streets of Downtown, speaking to those who have no place to go. The change to their approach for this year’s count was asking the a series of questions.

The results from the count for the entire county is expected to be released this spring.