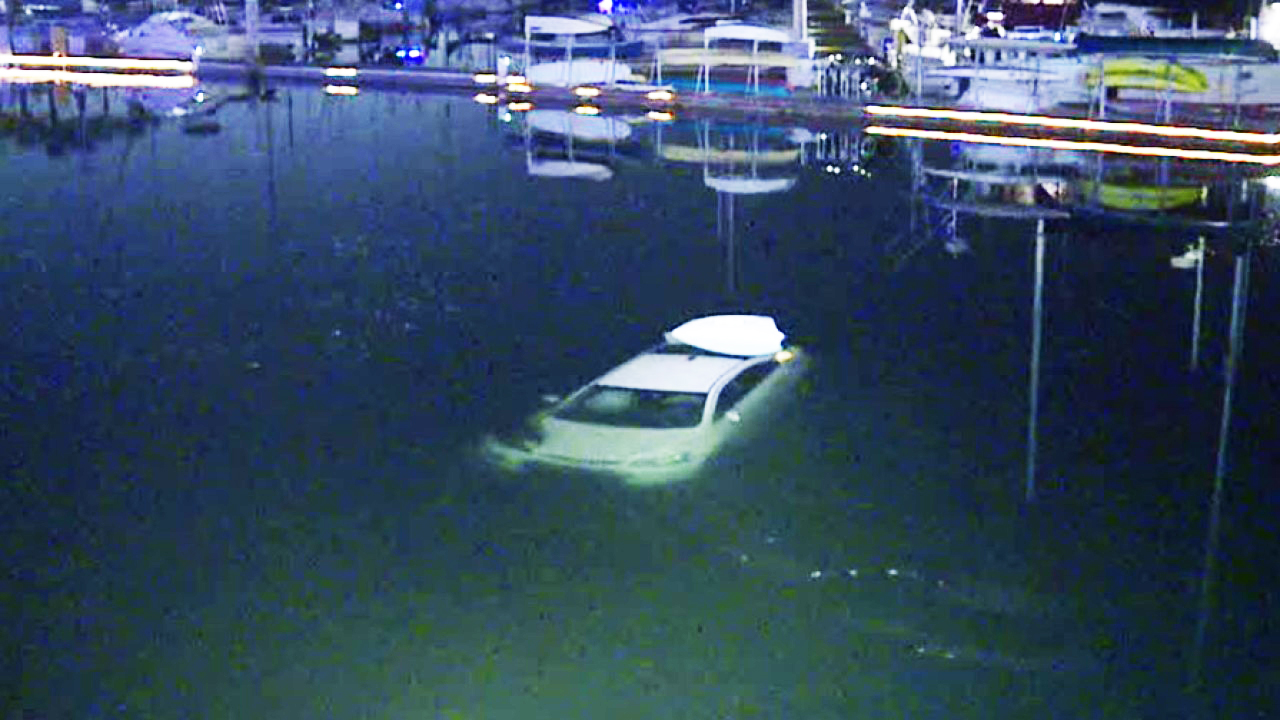 A driver was arrested on suspicion of DUI after she apparently took a turn at a high rate of speed that sent her car into the water at the Chula Vista Marina.

The incident occurred at around 9:15 p.m. Monday at the marina located off Sandpiper Way and Marina Parkway, according to Chula Vista police.

10News learned the 20-year-old driver was unable to safely make a turn, causing her car to dive into the water.

The driver and her passenger were able to swim to safety, and both were taken to the hospital to be evaluated.

It took two hours and two tow trucks to fish the Chevrolet Sonic sedan out of the water.

The driver was placed under arrest on suspicion of DUI, police said