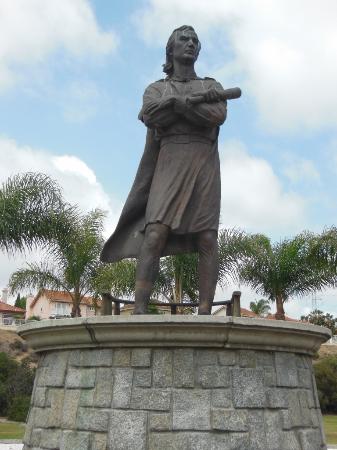 The city’s Parks and Recreation Commission was scheduled to discuss removing the statue during its Thursday night meeting. A Chula Vista spokeswoman said the city has received requests to remove the statue. However, the spokeswoman said the agenda item was removed to allow the city time to do more research. Councilman McCann said removing the statue would require City Council’s approval.

“You can’t erase history,”
“We should be uniting people over modern-day issues like homelessness, childhood education, instead of dwelling on issues that happened over 500 years ago that no one has the ability to change.”

“I don’t think that it represents anything good,” said Southwestern College Associated Student Organization President Christian Sanchez. “I don’t think it should be represented especially in a public domain like a park.”